Hoka One One Bondi Four

Maximal Shoes. If you’ve never tried a pair of maximal shoes before, you probably think these are the next best thing to clown shoes. Well – you’re only half right. Now let’s talk about the other half.

HOKA  – It’s fair to say that Hoka started it all. The original Bondi B’s were something of a legendary shoe – they set the stage for later models and other manufactures getting into the game. That said, once they started to ramp up the models a few interesting things happened. First, they started to get streamlined. Shoes like the Clifton were introduced with a lighter, lower profile – taking away some of the cloud from the original concept. Equally, with the introduction of RMAT some more of that cloud was removed in favor of responsiveness. All good things.

In fact, after putting a few ultra-marathons on my Cliftons I can finally say that they are incredible shoes – just not for me. The main problem I have with the Cliftons is that they are simply too darn narrow. Every other shoe company accommodates people with wide feet. Not HOKA. Even their Bondi’s ( and later models ) provide different insoles for a wider-fit but it still doesn’t seem quite wide enough.

This is really surprising for a company that targets the ultra market for two reasons. First, as you run longer distances your feet will swell – so extra-wide is a requirement. Secondly, their competitors are doing this – get with the program people. I’m really tempted to explore Altra’s just because they are WIDE. 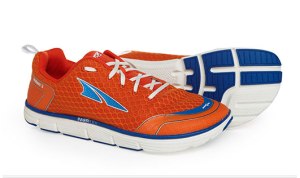 After too many blisters in my Cliftons, I decided to give the Bondi B’s another shot. So far, so good. I’ve definitely missed that pillow/cloud feeling but I’d be lying if I”m not missing the lightweight profile of the Clfiton – there must be a sweet spot in there somewhere. The Cliftons now also come with this extra-wide insole. I do wonder if they will make the difference I can’t imagine an insole really making the shoe that much wider over a 50 mile race – but time will tell.

For now, it’s nice to have them in the rotation. No matter what the problems are with these shoes, fundamentally they save your legs. You can SCREAM downhill and not have quad muscle fatigue – that really is an amazing feature and if you haven’t experienced that your’e in for a treat. No DOMS. Well, Less DOMS. Less is more.

Your mileage may vary but I still rate these 8/10 – if they somehow mange to address the width issue than we may be able to ratchet that up to 9/10. For now, cloud shoes await! 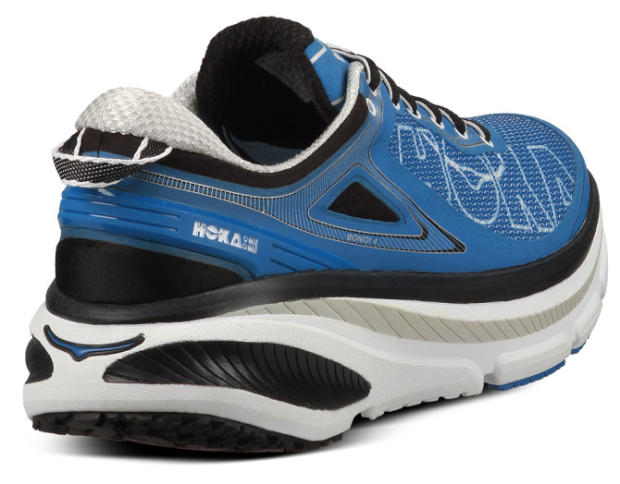